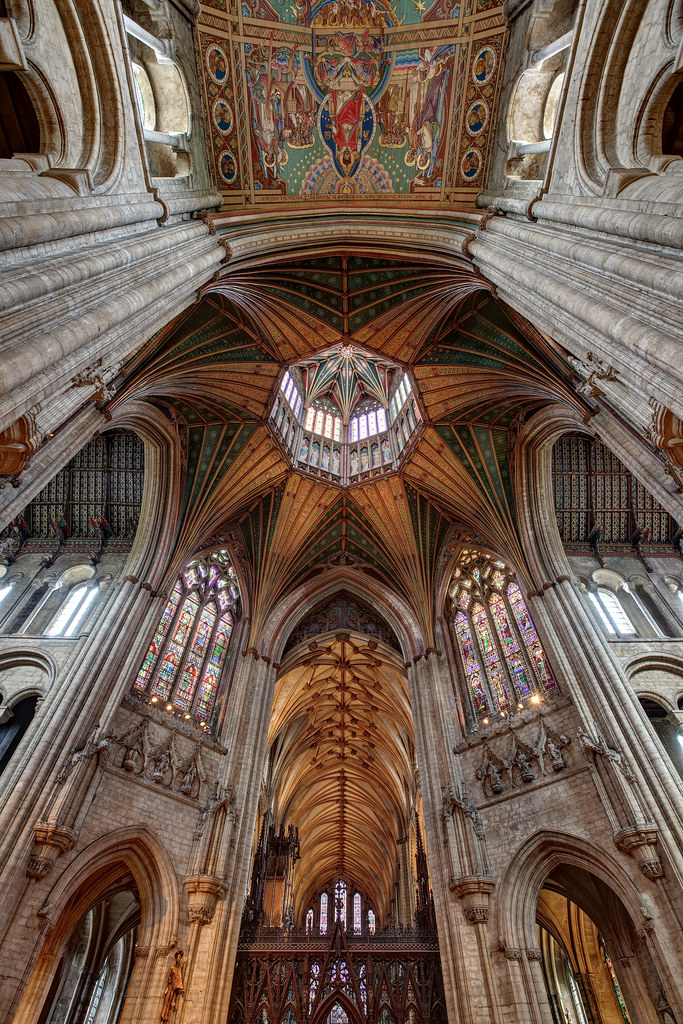 During our 2013 trip to England (the first time I have visited since 2000), we visited some friends in Cambridgeshire.

We visited the city of Ely, and its spectacular cathedral, which was built from 1083 to 1375.

Ely Cathedral is an architecturally stunning building, with a central octagonal lantern tower, shown in the centre of this view of the cathedral's ceiling.

This image is the first I shot of a series of interior architectural images, depicting the magnificence of Ely Cathedral.