Leopard on a Mound 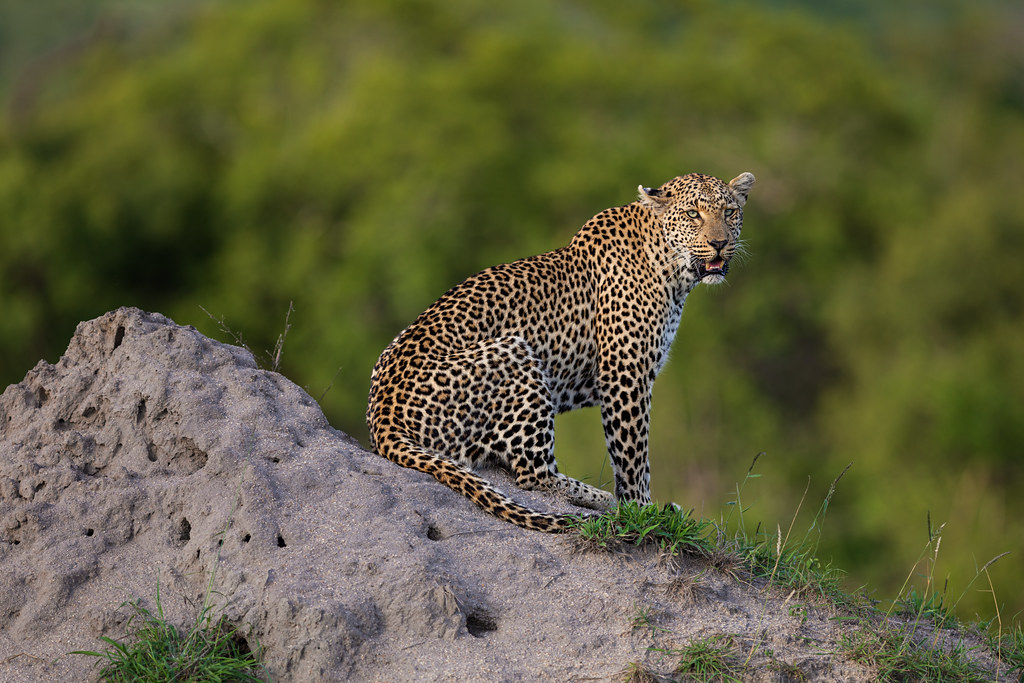 For the entire duration of our time in the Sabi Sand Game Reserve, we have wanted to photograph a leopard on a mound in good light.

It is the quintessential image of an African leopard.

We have had leopard sightings every day, but the leopards were all active and on a mission, crossing a lot of terrain in dense lowveld bush, which made photographing them difficult.

Additionally, we have had overcast skies and rain.

Finally, the right elements aligned, and leopardess Tiyani, who we have seen several times, was perched high atop a mound, with lush greeen foliage behind her in the very distant foreground.

Tiyani gave us what we have wanted, and which has taken us a decade to witness, let alone photograph.