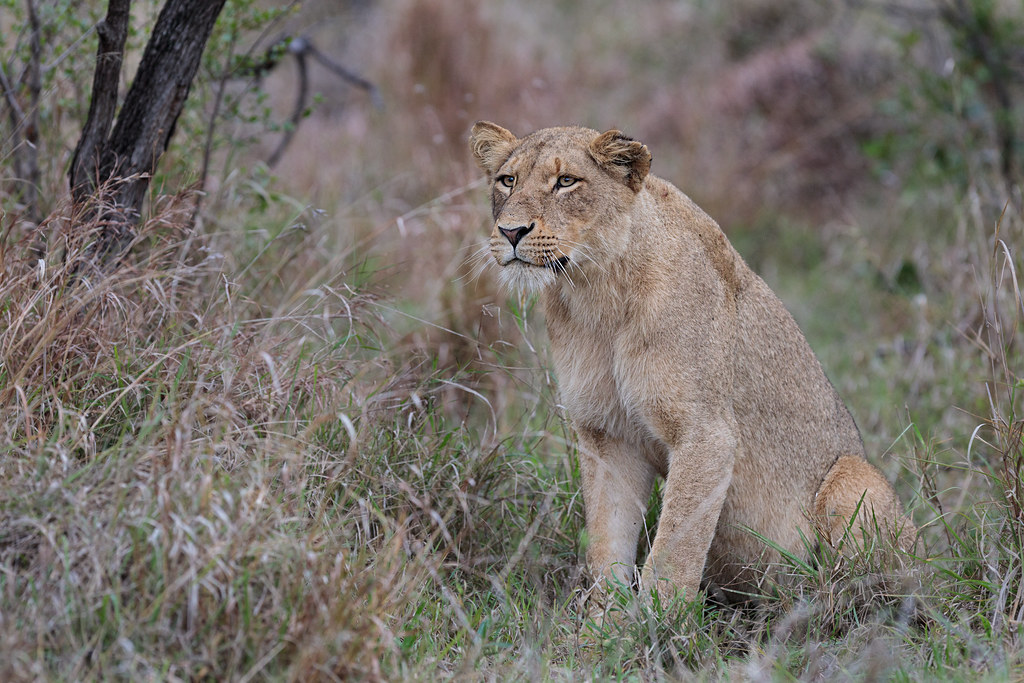 In the late afternoon, we found lions in the Sabi Sand Game Reserve.

The lions, from the Imbali Pride resident in the Manyeleti Game Reserve, had moved south into the far north of the Sabi Sand Game Reserve.

During our time, the lions were becoming active, and were stalking and hunting zebras further to the north in Manyeleti.

This lioness, out in the open, was watching intently, and moved further towards the zebra a short time after I captured this image.

Zebra alert calls were loud and frequent.  Whether the Imbali Pride caught a zebra, we do not know; but it was great to see these lions preparing for a hunt.