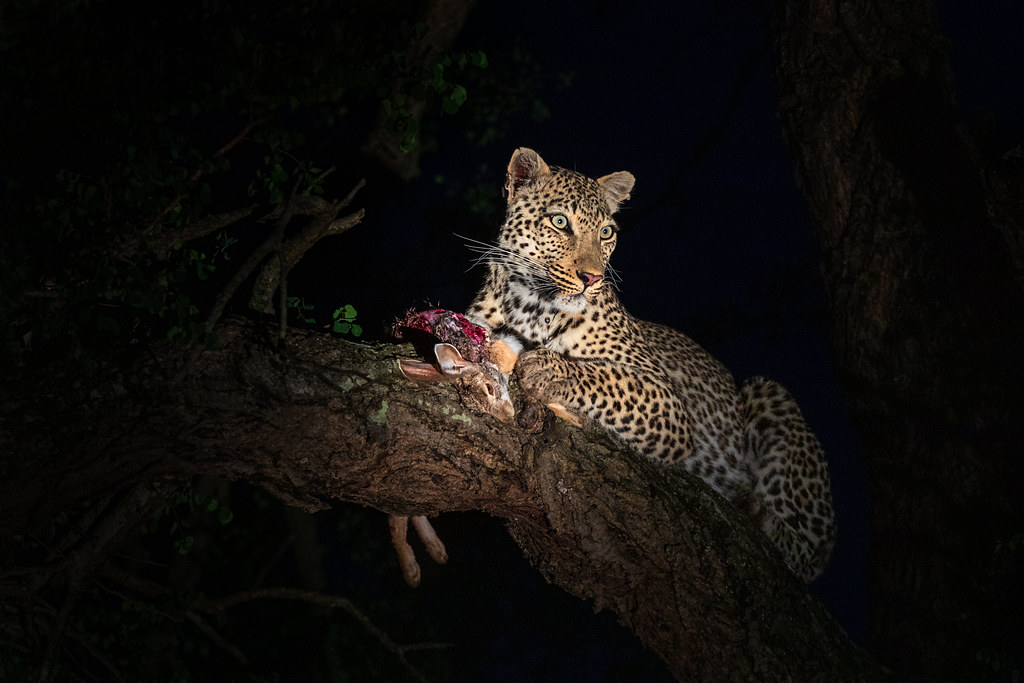 During the afternoon game drive on our third day in the Sabi Sand Game Reserve, we were treated to something very special.

Female leopard Makhomsava had been located, and as the daylight gave way to twilight and eventually total darkness, we were spotlighting, photographing her in the thickets on the ground.

We had barely been on the scene for a minute or two, when all of a sudden, Makhomsava sprinted a few metres to our right and captured a large scrub hare.  She quickly killed it, and then scrambled up a nearby tree, as a hyena was on the scene.

She then proceeded to devour her meal as we watched, photographed and videoed her.

This was a first for us.  We saw the chase, the capture, the kill, the climb, and the meal consumption.

It was an intense sighting that I will never forget.