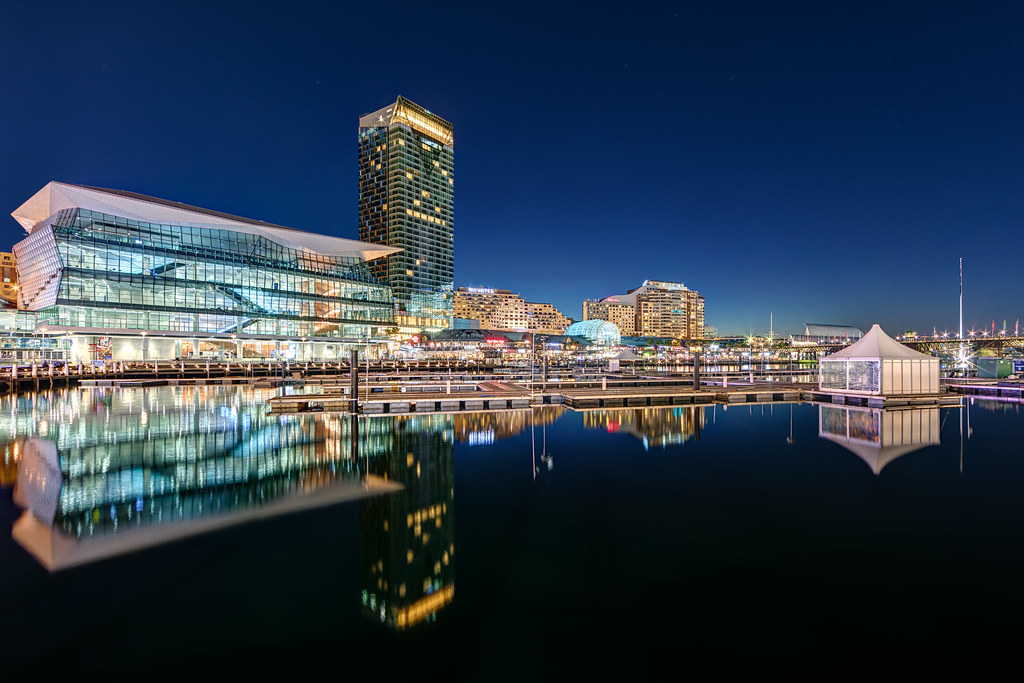 A view of the re-developed Darling Harbour in 21st century Sydney.

The International Convention Centre, first opened in 1988, has been re-built nerly three decades later as a modern, world-class venue.

Behind it is the Sofitel Hotel a luxury, five-star hotel at a prime position in the precinct.

This view of the new Darling Harbour was captured at the south-eastern corner of Cockle Bay, right at the tail end of evening twilight.