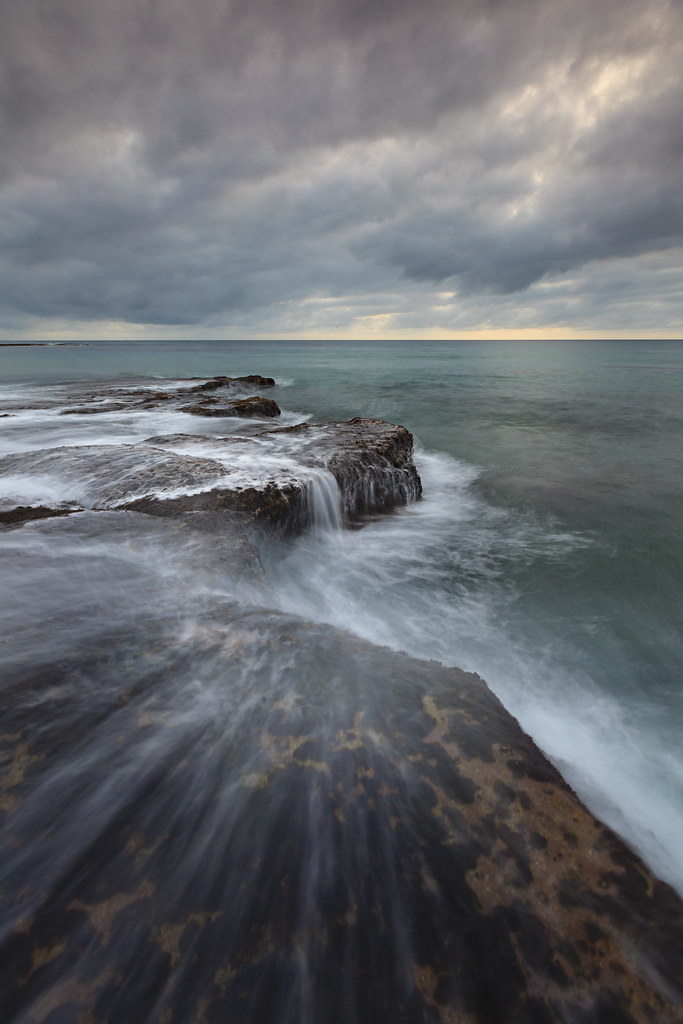 I am back, shooting seascapes again.

This image was captured early in my second seascape session of 2016, and my third dawn outing in less than a week.

The predicted cloud cover for this morning looked quite favourable, so I headed to south Cronulla, and found this appealing rock shelf just south of Blackwoods Beach.

While there was not a huge amount of colour in the sky, the cloud cover was very good, and quite moody, which made shooting very easy due to the lack of dynamic range in the scene.

During a low but rising tide, I waited for larger sets of waves to crash into the rocks and over onto the shelf on which I was standing.