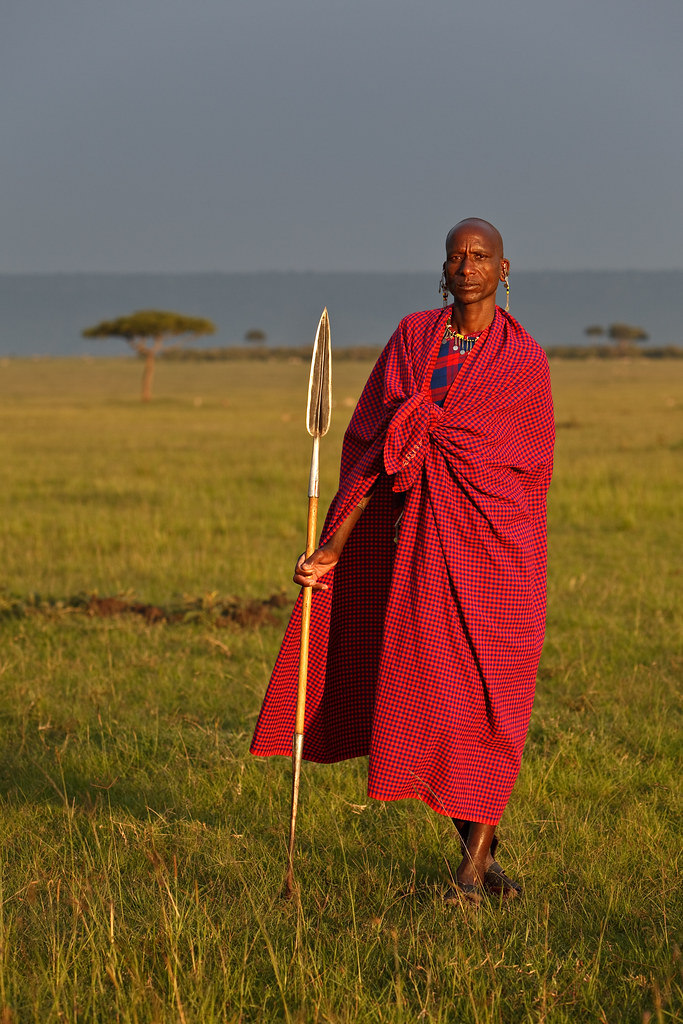 This is Baba, a Maasai tribesman who lives in the Mara North Conservancy in south-western Kenya.

On our sixth day in the Mara, we headed out into the plains, not far from camp, where we spent some time photographing Baba against the rising sun, and later in the morning golden hour.